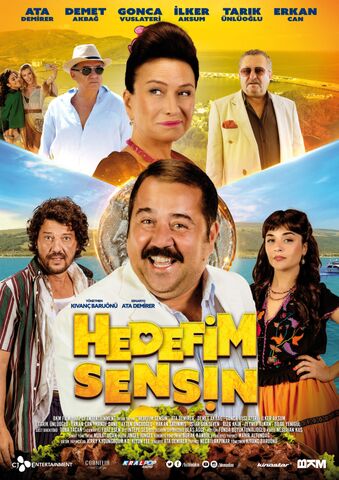 A new comedy by Ata Demirer and Demet Akbağ set in the Northern Aegean region, that will have audiences laughing long and hard again! Starting in İstanbul and continuing in the island of Gökçeada, the story features Ata Demirer in the role of a raw meatball cook named Zekeriya.

Zekeriya Taştan makes his living selling the traditional çiğ köfte (raw meatballs) on the streets of İstanbul. One day, Zekeriya ends up saying the wrong words at the wrong time, in the wrong place, and ends up having to leave İstanbul. At Gökçeada, where he sets foot for the first time, not only his life changes completely, but so do the lives of the characters he meets on the island: Hafize, Leyla and Yarım Hasan. Fate now has our heroes in its sights.